MarkOliva
December 2020 in Maps and Symbols 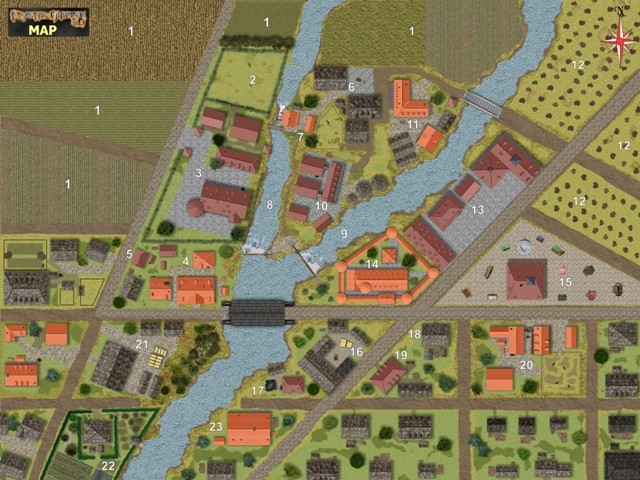 Map of the Week No. 455 is from the forthcoming Jörðgarð Trails adventure "A Tale of 2 Books." The PCs' journey through the vampire-ruled North Kingdom continues in the village of Elmtown, a farming town. The key figures in town are the vampire brothers Baron Jarek and Squire Oldik. Jarek rules the town. Oldik owns many of its businesses.

Key to the Map of Elmtown:

The graphic above is reduced in size. You can get the full-sized floor plan in two versions: