MarkOliva
April 2021 in Maps and Symbols 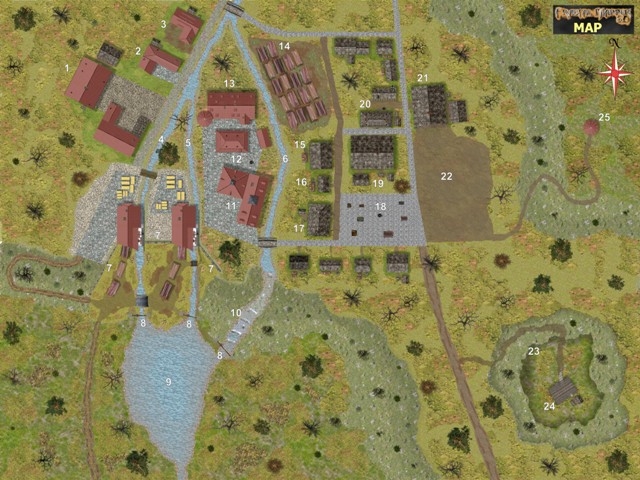 Jörðgarð Map No. 458 is from the forthcoming Jörðgarð Trails adventure "A Tale of 2 Books." The PCs' journey through the vampire-ruled North Kingdom continues in the village of Northmill, a sawyer's town. Northmill was ruled by the vampire Count Kazimír until he fled after rebelling against vampire King Vladimir. The count now is a fugitive. His county now is under the provisional rule of Commander Evinka and her subordinate, provisional county steward Maruška, who now oversees the properties of the renegade vampire count.

Key to the Map of Northmill:

You can get this map in two versions:

Next: The Darkland Inn, Ground Floor