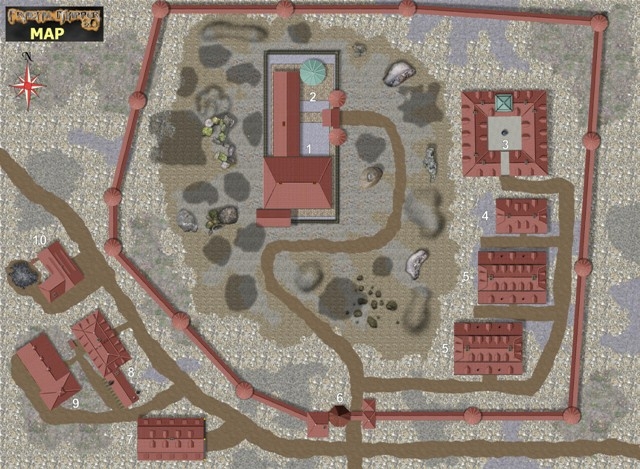 Jörðgarð Map No. 465 is from the forthcoming Jörðgarð Trails adventure "A Tale of 2 Books." The PCs' journey through the vampire-ruled North Kingdom reaches the "city" of Vladimir's Throne, the seat of the reclusive vampire king Vladimir. Vladimir's Throne is a city only because the king proclaimed it as such; it really is barely a village. There is little sign of life here. Vladimir's Throne still is under the Dark death aura of the fallen high draug, Martröð.

Key to Map of Vladimir's Throne

The graphic above is reduced in size. You can get the full-sized map in two versions:

Next: In Vladimir's Castle